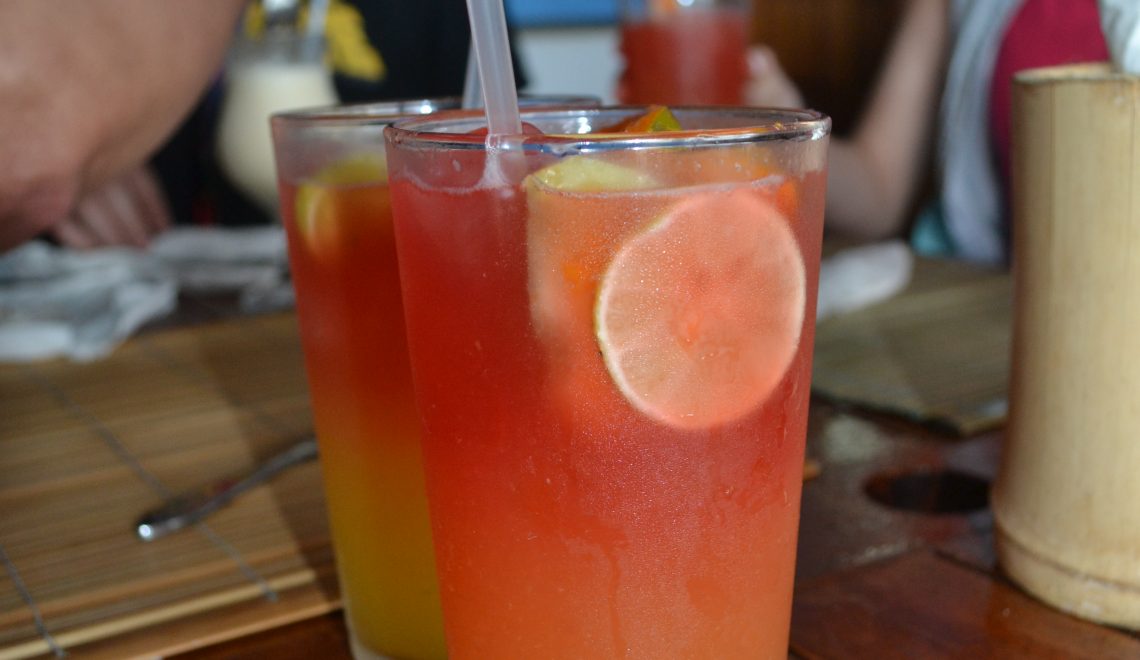 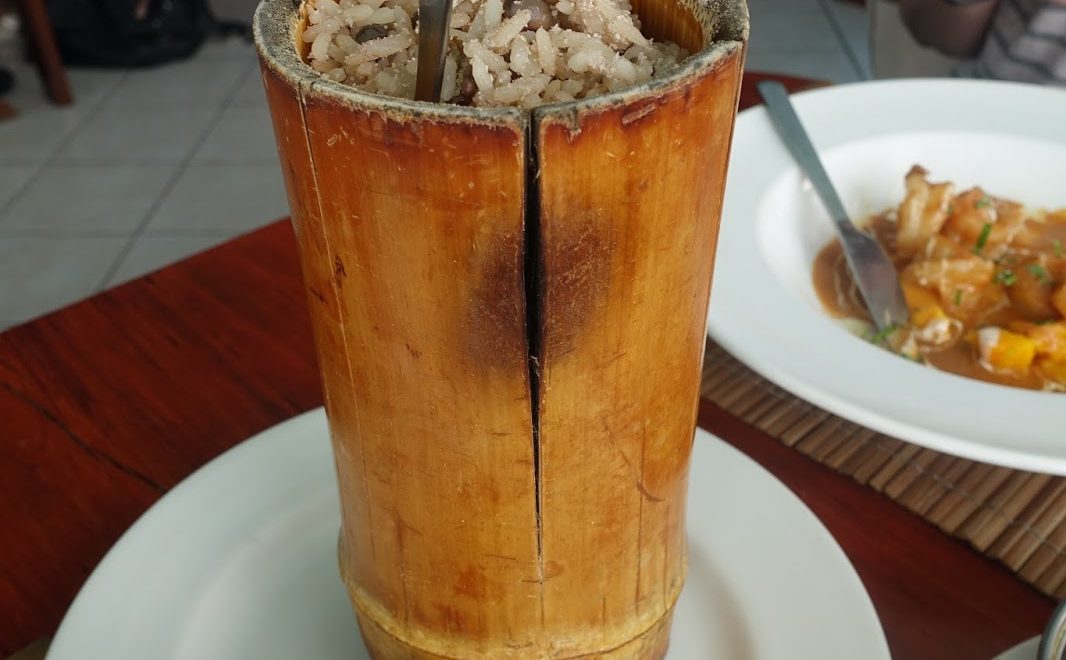 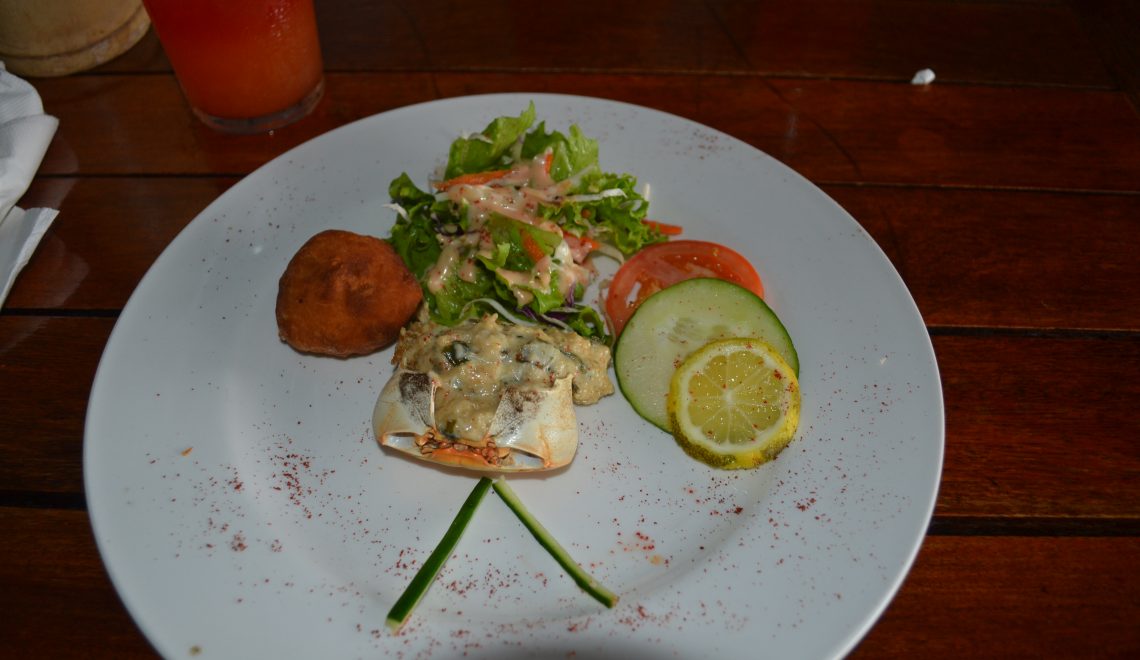 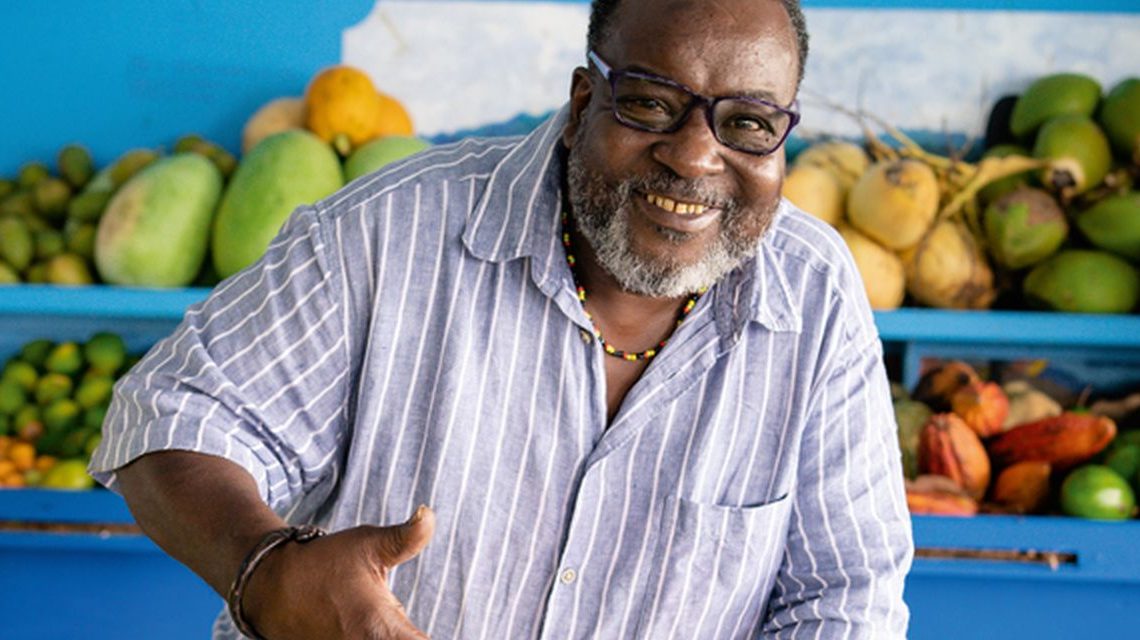 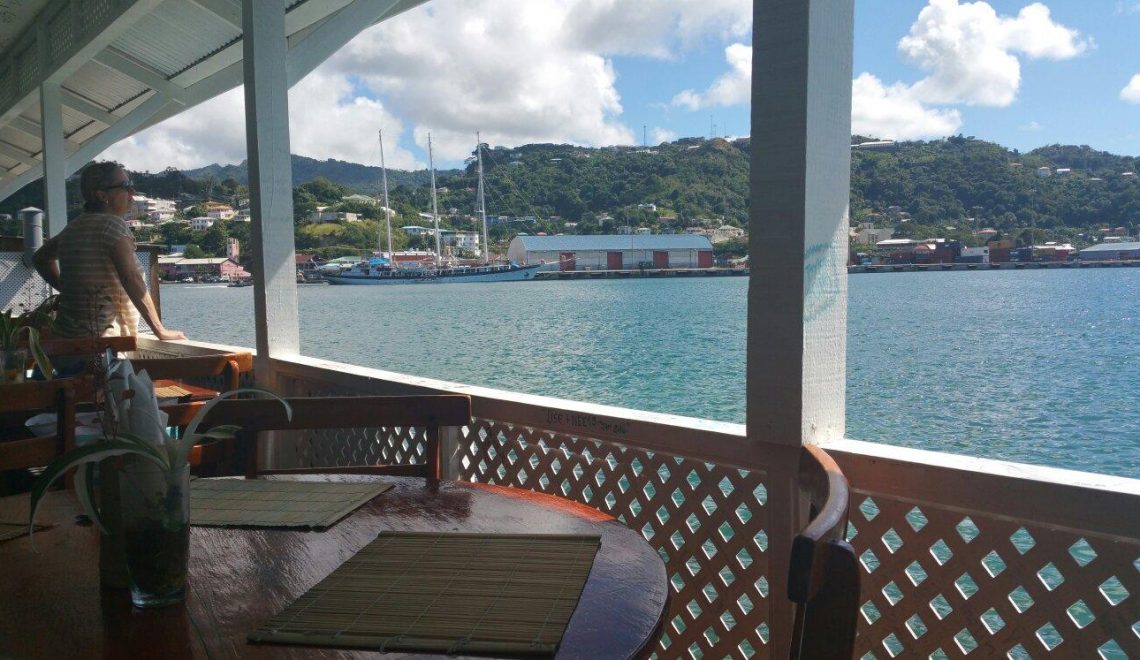 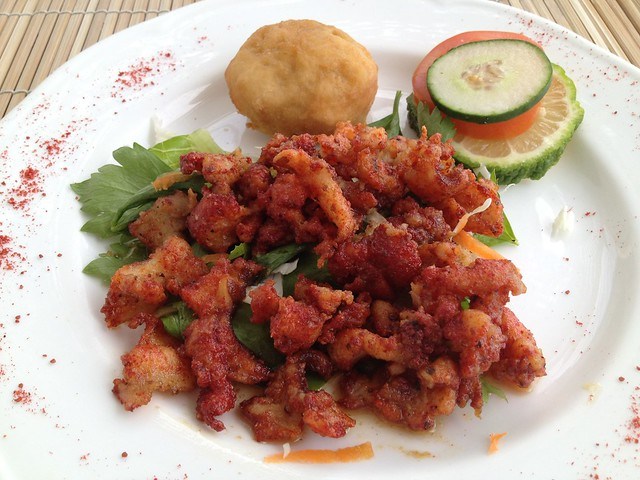 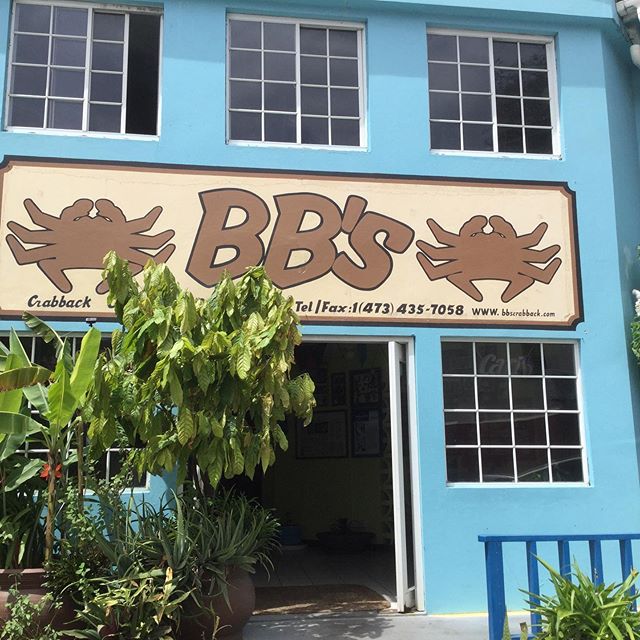 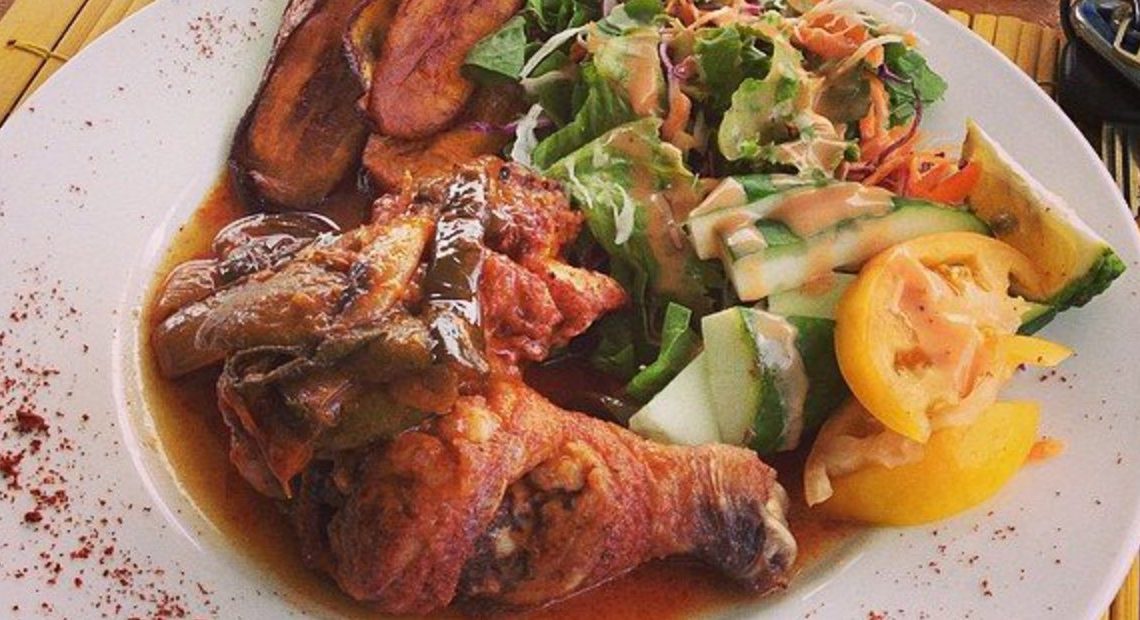 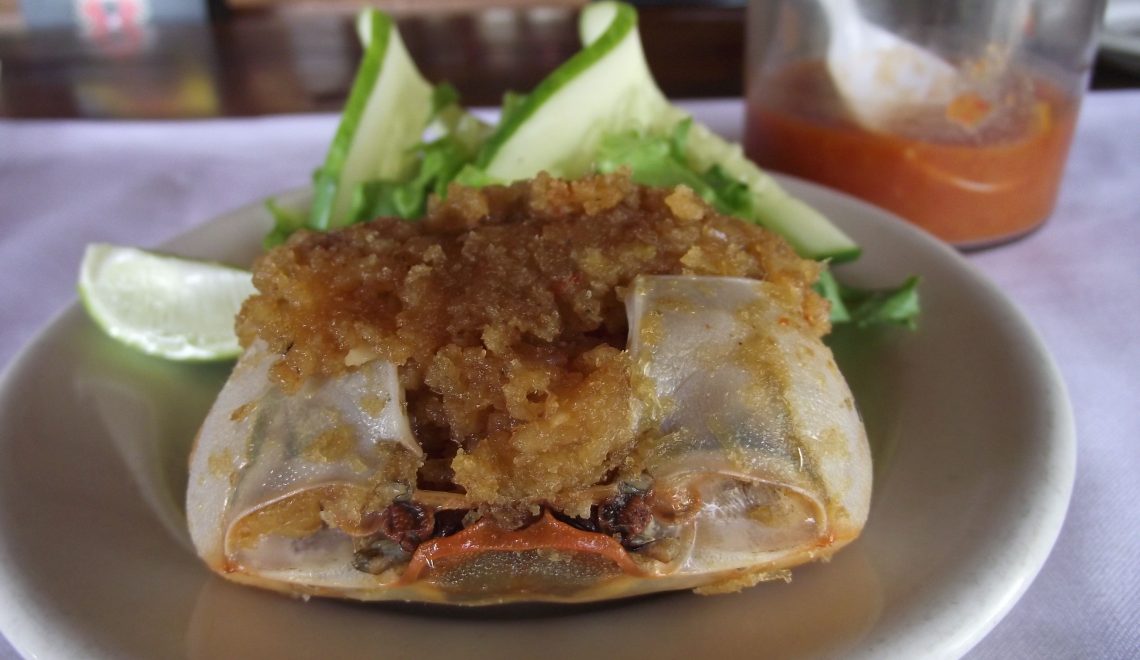 We were super excited to visit Grenada, and had heard so much about the spice island and BB’s Crabback. Our ship docked on a Saturday, which is apparently the day of the week that most shops are closed. But we remained upbeat and determined to find hidden treasures and have a memorable day. This we did!

We began by winding our way through the streets, and decided to hike up to Fort George. Fort George was built from 1706 – 1710, on an early battery erected by the French in the 1600s, and originally named Fort Royal, it was renamed Fort George in 1763, in honor of King George III when the British took possession of the island. We have always enjoyed exploring the forts in the Caribbean. Some of the most breathtaking views are seen for the overlooks, to the dramatic shoreline below. Besides, it’s fun to take a photo next to an old cannon.

Work up an appetite for BB’s Crabback Grenada

Once we’d exhausted our photo opportunities we decided to head out to find BB’s Crabback to have lunch. Not only was BB’s highly recommended by the cruise line, but it had made a Top 10 list of Caribbean restaurants put out by USA Today, coming in at number nine. We asked directions, and off we went. It’s perhaps important to note that the locals will try to tag along and talk, pointing out sights and telling you the history of the area, because they expect the tip. You can tell them no, and they may follow you anyway. Just be aware of it.

BB’s Crabback has some wonderful food, and the single best glass of blended fruit juices you will ever drink in your life. Ever. All of the fruit is locally grown and picked at peak and juiced at the time of your order, so the drink takes a little while to arrive. It’s worth it. Get the juice. We tried a variety of menu items and none of us was let down. BB’s also has wonderful views of the water.