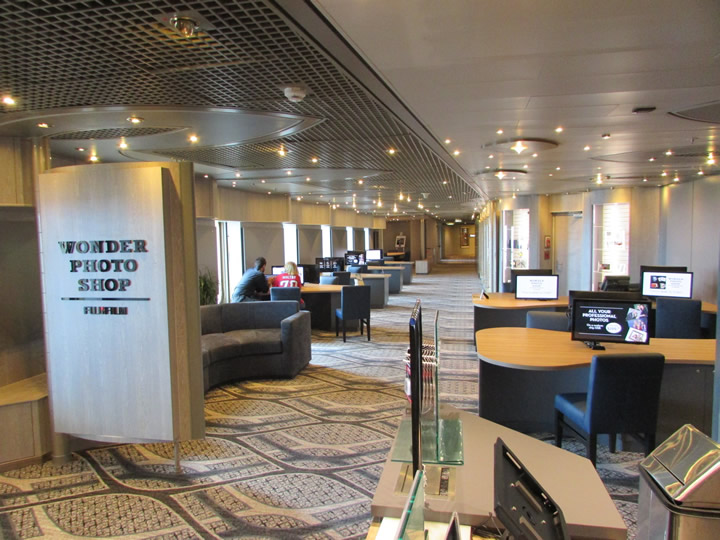 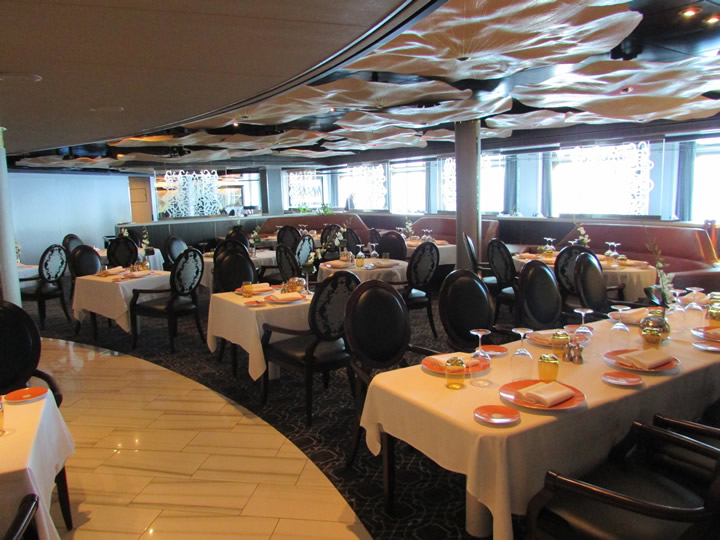 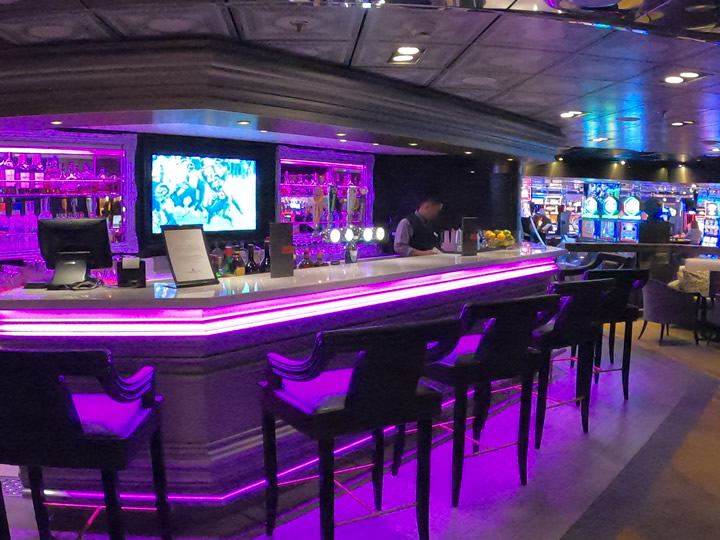 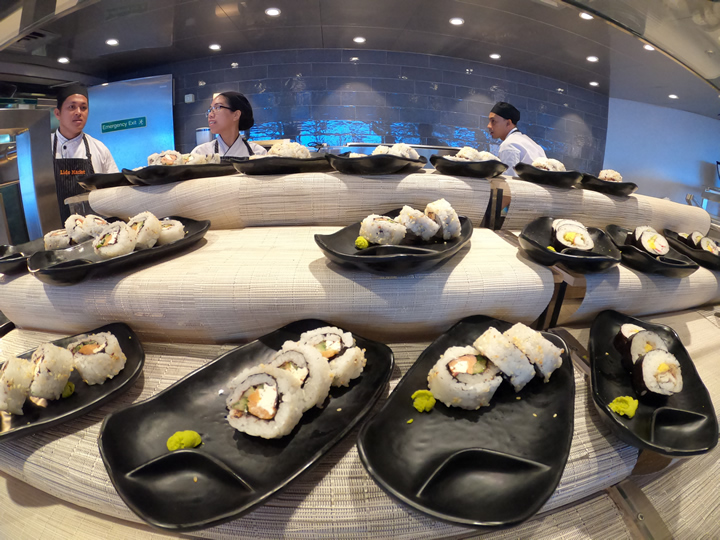 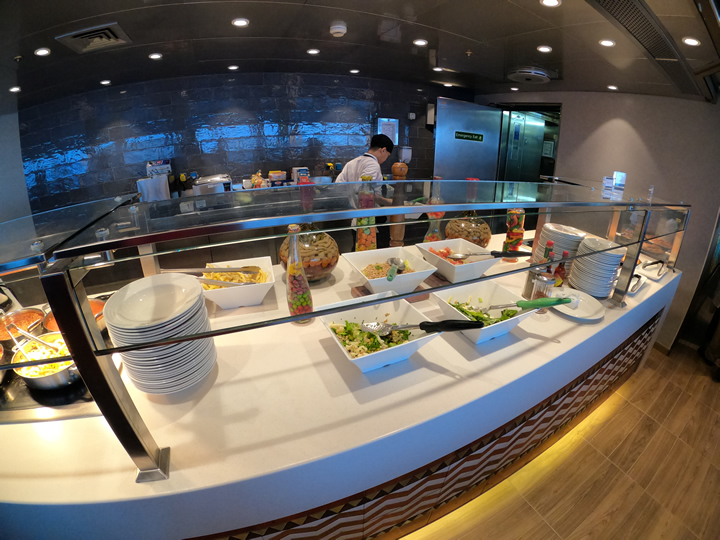 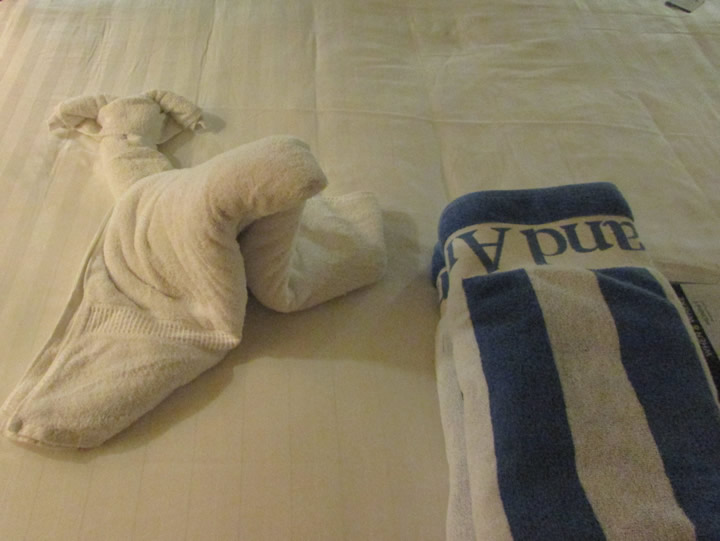 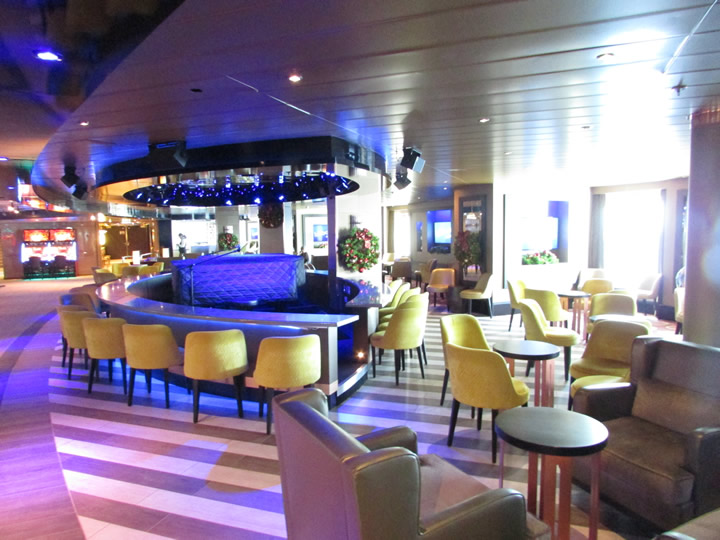 We recently sailed on the Zuiderdam, in fact we were on her first sailing right out of dry dock. (December 2019) This was our first encounter on Holland America Line, and we were excited because we had heard such wonderful things about the food. But before I dive into the culinary delights, I want to spend time on the Zuiderdam refurbishments first.

The Holland America Zuiderdam was in dry dock for just ten days for refurbishments. This ship needed a month. One of the officers we had an in depth conversation with told us this; fifty people worked on the Zuiderdam refurbishments. Many of the main areas were refurbished. It was evident in the Guest Services area, the Main Dining Room, the Crow’s Nest, and some of the other venues. There’s new carpeting and a fresh new look, including new seating. The majority of the areas looked fresh and new and amazing. We loved the smokeless casino, since on most ships the smoke keeps us from playing due to allergies.

However, as you venture down the cabin corridors you notice where they left off. Metal trim hangs down from the ceiling in a few places, where the ceiling joins the wall. One of our two cabins had noticeable dings in the drywall, meaning it was in need of both drywall mud and paint. On our second day in the newly remodeled main dining room, we noticed one corner with drywall mud on the walls and duck tape holding the exit doors shut. A few days later, it was repaired.

During one particularly rainy day, the deck above the Lido Market (an upper exterior deck) had a leak. This caused the ceiling of the Lido Market to leak so badly that they close that half of the dining area during service hours. This happened on other parts of the ship as well. For all of the efforts and money spent, it appeared as lipstick on a pig when you looked more closely.

I don’t know about you, but I always find myself remembering my favorite crew members from each sailing. Holland America Line’s staff on the Zuiderdam was wonderful. We were greeted cheerfully, and the little details about us and what we liked were quickly committed to memory. As I filled out the post-cruise survey I made sure to list the stars who shined so brightly and made us smile throughout our vacation. They were treasures, each and every one of them.

B.B King’s was a wonderful music and dancing venue and we found ourselves there several times. We didn’t get to spend time at Billboard Onboard, but it was a very well appointed space and when we strolled through in the evening it seemed to be popular. There were also classical music performances from time to time, as well as the main theater shows each night.

The public bathrooms offered cloth hand towels, which were nice. You still had paper to open the door with, but we appreciated the cloth and the effort to cut down on paper waste. The same cloth towels were offered moist and cool when returning to the ship after a day in port, along with a beverage. Nice touch!

One of the main topics of conversation among the passengers was the question of why there were not Christmas Decorations up at the time of boarding? I was fortunate enough to bump into the officer in charge up in the Crow’s Nest (LOVED that space) and he explained that it was due to the dry dock and that they would be decorating. It was about two and a half days after his anticipated date that the decorating began, but once it did it was wonderful.

The pastry chefs constructed a LARGE gingerbread house among the tables displaying beautiful smaller ones. This house had to measure four feet wide by six feet high. It was built out of plywood, and then decorated with gingerbread tiles, frosting, candy, cookies, and the like. An elevated train track was erected around it, and the roof of the house was wrapped in lights. I have never seen a gingerbread house this large at sea. Bravo and well done!

Okay, everyone loves to hear about food. While I will say that in many ways the main dining room did have superior food, in places it did not. Best prime rib at sea so far for me. In contrast they couldn’t get the pasta right on the first try to save their lives and the Cesar salad was always off, limp and the dressing seemed watered down. In other ways the food was better than on other lines we have sailed. So, the quality of the main dining room compared to Royal Caribbean, Holland America is a little bit better overall. However, the selection (number of offerings) in the main dining room nightly goes to Royal Caribbean.

The buffet was smaller and had far less to offer than most, but had more egg stations in the morning than I have ever seen. I love a good buffet, and enjoy taking just a little of this and that. I missed that on this cruise. On the other hand, I was thrilled to see that the majority of the items, about 90% or so, had to be served to you by staff. Avoiding norovirus is simply made easier by allowing the buffet staff to serve the guests. Bravo Holland America!

Comparing the Pinnacle Grill to Chops on RCI, it’s a dead even match. All five of us agree on that point. Equally excellent were the steaks and seafood, the creamed spinach, the mushroom soup, and the desserts. Holland America’s burger place, Dive In, was better than Johnny Rockets by a little bit. Dive In’s burgers were tastier and more creative in their ingredients. Overall though there were not as many dining options and the dining venues were not open as long.

If you have a young family that needs to have more activities per day than most people do in a week, this might not be your line. On the other hand, of you are an older person, or simply a person who likes peace and quiet, along perhaps with a well stocked library (compared to many ships) with games and puzzles then this may indeed be a great fit for you. There are fewer activities, it’s true. But there is also not the pressure to buy art on the ship or diamonds in the ports. The staff appreciates the seniors who sail and looks after them. It’s just a nice mature demographic of cruise lovers.